ATLANTA – Today, Senate Majority Caucus Chairman Jason Anavitarte (R-Dallas) and Representative-elect Rey Martinez (R-Loganville) announced the creation of the Georgia Hispanic Caucus, the state’s first-ever legislative body dedicated to advancing Hispanic values within the Georgia General Assembly. The bicameral Caucus is open to legislators of both political parties, with a goal of delivering strong representation to the more than 1 million Hispanics who call Georgia home.

Hispanics make up over 10% of Georgia’s population. They are the third-largest ethnic group in the state by population and Georgia’s second-fastest growing ethnic group. Nationally, Hispanics are the single fastest-growingvoting bloc in the United States, increasing by 4.7 million since 2018. New Hispanic voters represented 62% of the total growth in eligible U.S. voters since then.

“Over the last decade, Georgia has seen immense growth within the Hispanic community – including in the General Assembly, where Georgians elected a record number of Hispanic officials to serve them in the State House and Senate this November,” said Chairman Anavitarte. “With the creation of our state’s first-ever Hispanic Caucus, my Republican colleagues and I aim not only to deliver strong representation to one of our state’s most important communities – but to send a clear message that Hispanic values will be at the front and center of conversations under the Gold Dome for years to come.”

“Hispanics are not single-issue voters who care solely about immigration,” said Representative-elect Martinez. “We are parents, business-owners, and hardworking Georgians who ultimately want the same freedoms and opportunities that have enabled generations of Americans to achieve prosperity and success. These are the values – and the individuals – that the Hispanic Caucus will work tirelessly to defend.”

The Georgia Hispanic Caucus will formally convene when the 2023 Legislative Session begins on January 9, 2023. 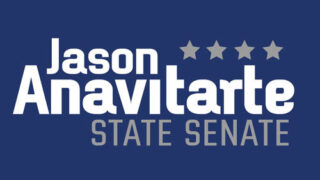