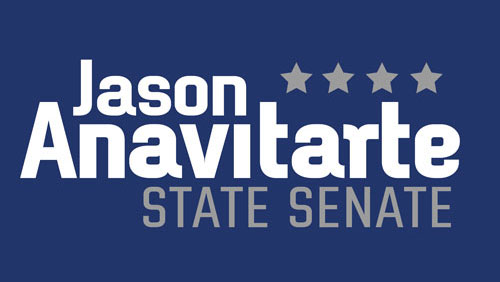 Jason Anavitarte represents Paulding and Polk counties in Senate District 31.  He is a former member of the Paulding County School Board and former Councilman for the City of Doraville where he was raised.

Recently in 2018, Jason was named one of the 50 Most Influential Latinos in Georgia.  Jason in 2016 was a RNC Statewide Delegate to the convention that elected President Donald Trump in addition to being a past delegate to multiple county, district, and state conventions. In 2011, he was named by Georgia Trend Magazine as one of the top 40 Under 40 Leaders in Georgia. In 2005, Jason was bestowed with the Ivan Allen Jr. Legacy Award named after the former Atlanta Mayor, businessman and Georgia Tech alumnus.  Also in 2005, Jason was given the Public Service Award from the School of Public Policy at Georgia Tech.

For nearly 20 years Jason has worked as a businessman in the private sector and healthcare industry developing solutions to help lift up families out of poverty by finding employment, skills gap training, and developing life skills. Jason served as the Chairman of the Board of Trustees at Chattahoochee Technical College, the largest technical college in Georgia.  In 2018, Jason was selected to join the American Enterprise Institute [AEI] Leadership Network. In 2016, Jason was appointed by Judge Dean Bucci to serve on the Executive Committee of the Paulding Judicial Circuit Drug Court Program.

Jason is a past Board Member of Fellowship for Christian Athletes [FCA], Paulding Public Safety Appreciation, Inc., Mothers Against Drunk Driving [MADD], and Child Advocacy Centers of Georgia.